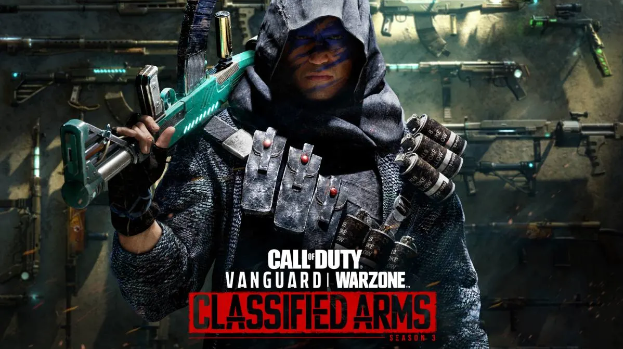 The new Warzone Season Three Reloaded update shakes up the current meta with new ways to move around Caldera, new perks, packs, operator skins, and more. The biggest change in the new update is the underground transport system which offers a new way of getting around the map for players. Here is a brief overview of all the major changes in the new update.

Warzone is getting a new game mode called Champions of Caldera. This mode will feature up to 150 players and a single continuously closing circle in Battle Royale style combat for survival.

All Operators will show up with their custom loadout, gas mask, and a single Redeploy Extraction Token. The item pool is slightly tweaked to emphasize gear not normally found in loadouts and rare weapons. Collect money to visit an upgraded buy station, which includes the advanced drone and even the specialist bonus for a high fee. Eliminations in this game mode immediately replenish the player’s health, gear, and ammo, incentivizing future champions to play aggressively and directly eliminate the competition for the best chance of victory.

The new update adds a fast travel system with 14 access points, marked on the Tac map and minimap with a silver “vault door” symbol. A lighting system will provide information and help navigate player decisions, which is very helpful. Warzone has had several Fast Travel systems in its lifetime, ranging from subways to red doors. With this new underground transportation system on Caldera, Raven Software is leveraging all of the lessons learned from previous experiences to create what it believes to be the ultimate method of getting around Caldera quickly.

Reduced death tax for the Gulag

Death tax has been adjusted from 80:20 to 50:50. The Death Tax was too punitive and made it harder for players to know how much money they had left when they returned from the Gulag. Raven Software will test this new 50/50 split and carefully monitor its impact on the global monetary economy.