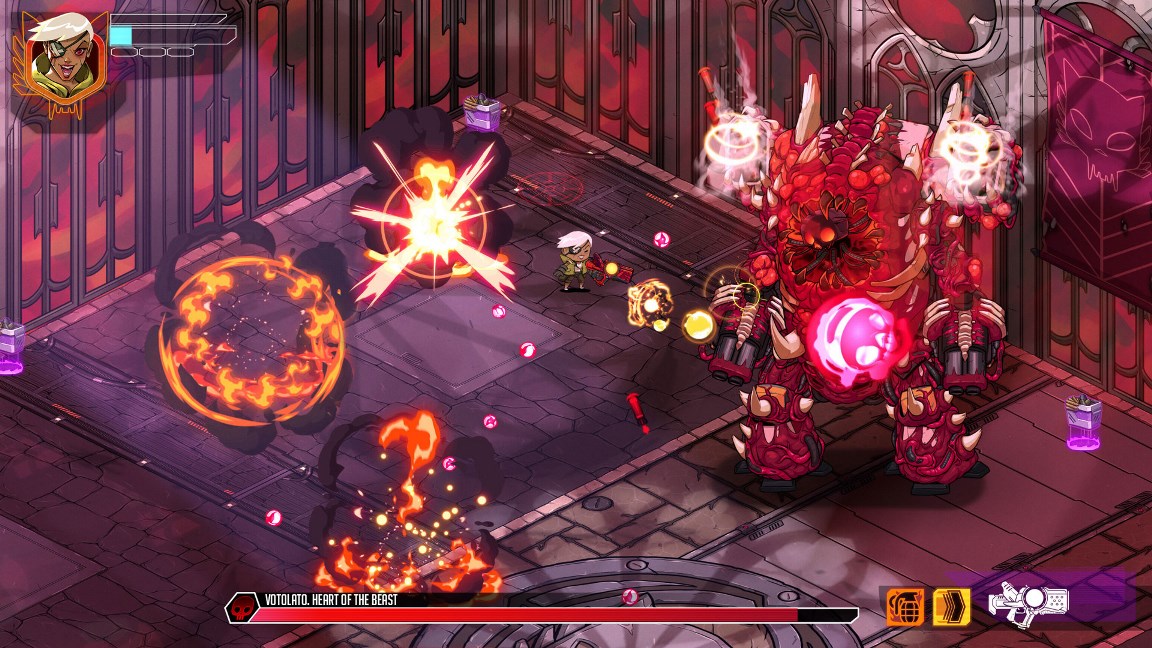 games like Enter the dungeon proved that shooting hell and dungeon crawling go together like chicken and waffles. So it only makes sense that developer Chunkybox Games would step in and get a piece of the action with Wildcat Pistol. This new dungeon crawler bullet hell promises to deliver “an explosive roller coaster ride” filled with gross eldritch abominations, destructive weapons and, of course, cats. Yes Wildcat Pistol looks like your cup of tea, so you can strap in and go wild once the game sees its official release on May 4.

According to the steam page, Wildcat Pistol sees players navigating labyrinthine dungeons while taking down every unsightly horror along the way. Unlike something like Enter the dungeon, Wildcat Pistol does not rank as a rogue, which means the developers have deliberately handcrafted enemy encounters to provide a specific type of challenge. Players can withstand these fearsome fights with a selection of over 40 guns, each with their own distinct properties.

Predictably, players can make these tense battles more manageable through the use of character upgrades. These already allow players to formulate different strategies and playstyles, but interestingly, those who are having trouble with the difficulty of the game can also choose to increase the speed at which buffs reappear. Additionally, the game caters to speedrunners by allowing them to “improve their movement speed and improve their dashing skills”.

Some of the game’s other notable features include flyable mechs, “unique 2D art style”, and “epic boss battles”. All of these features combined should provide gamers with plenty of explosive entertainment once the initial release of Wildcat Pistol coming in a few months. Those interested can check out one of the game’s trailers below, but beware of the cheesy voiceover.

Russia – A Prisoner of Geography?