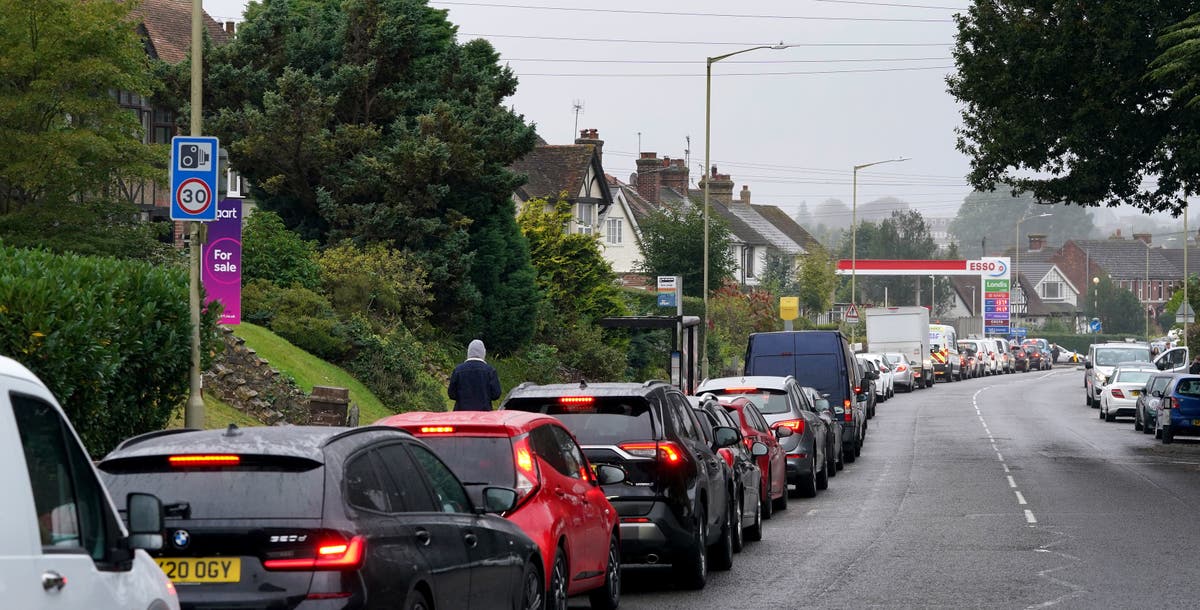 Brexit Minister Lord Frost will say the “British Renaissance has begun” as the nation grapples with personnel issues over leaving the European Union.

He will tell the Conservative Party conference on Monday that the ‘long bad dream’ of EU membership is over, as he challenges Brussels to be more ‘ambitious’ to tackle separate issues concerning Northern Ireland .

The Tory peer’s speech will come as the UK continues to feel the effects of a fuel crisis and faces the prospect of shortages heading into Christmas due to a shortage of truck drivers.

Boris Johnson appeared to admit that the problems are part of a “period of adjustment” after leaving the EU.

The prime minister said he would “not touch the lever called uncontrolled immigration” to prevent a feared incineration of 120,000 pigs due to a shortage of slaughterhouse and butcher workers.

Lord Frost will use his speech in Manchester to anticipate new opportunities presented by Brexit, such as new trade deals and a new immigration system.

“All history, all experience, shows that democratic countries with free economies, which allow people to keep more of the money they have earned, to make their own decisions and to manage their own lives, are not only richer but also happier and more admired by others, he should say.

“This is where we need to take this country. The opportunities are huge. The long bad dream of our EU membership is over. The British renaissance has begun.”

He will also reiterate a warning that the Northern Ireland protocol he negotiated risks undermining the Good Friday deal and that the threshold to trigger Article 16 in order to effectively tear up parts of the deal has been achieved.

The peer will tell Brussels to be more “ambitious” in its approach and warn that “tinkering around the edges” will not solve the fundamental problems of the post-Brexit deal on Northern Ireland.

His speech will come after days of long queues and dry gas stations.

Pig farmers have also warned that up to 120,000 growing animals will need to be slaughtered and cremated due to a severe shortage of butcher and slaughterhouse workers.

In an interview on Sunday Mr Johnson said “the great pig slaughter you describe has yet to happen, let’s see what happens”.

He told the BBC Andrew Marr Show that “what we can’t do in all of these areas is just go back to the tired, failed old model, reach for the lever called uncontrolled immigration, bring in people, low wages.”

“There will be a period of adjustment, but that is, I think, what we need to see,” he added.