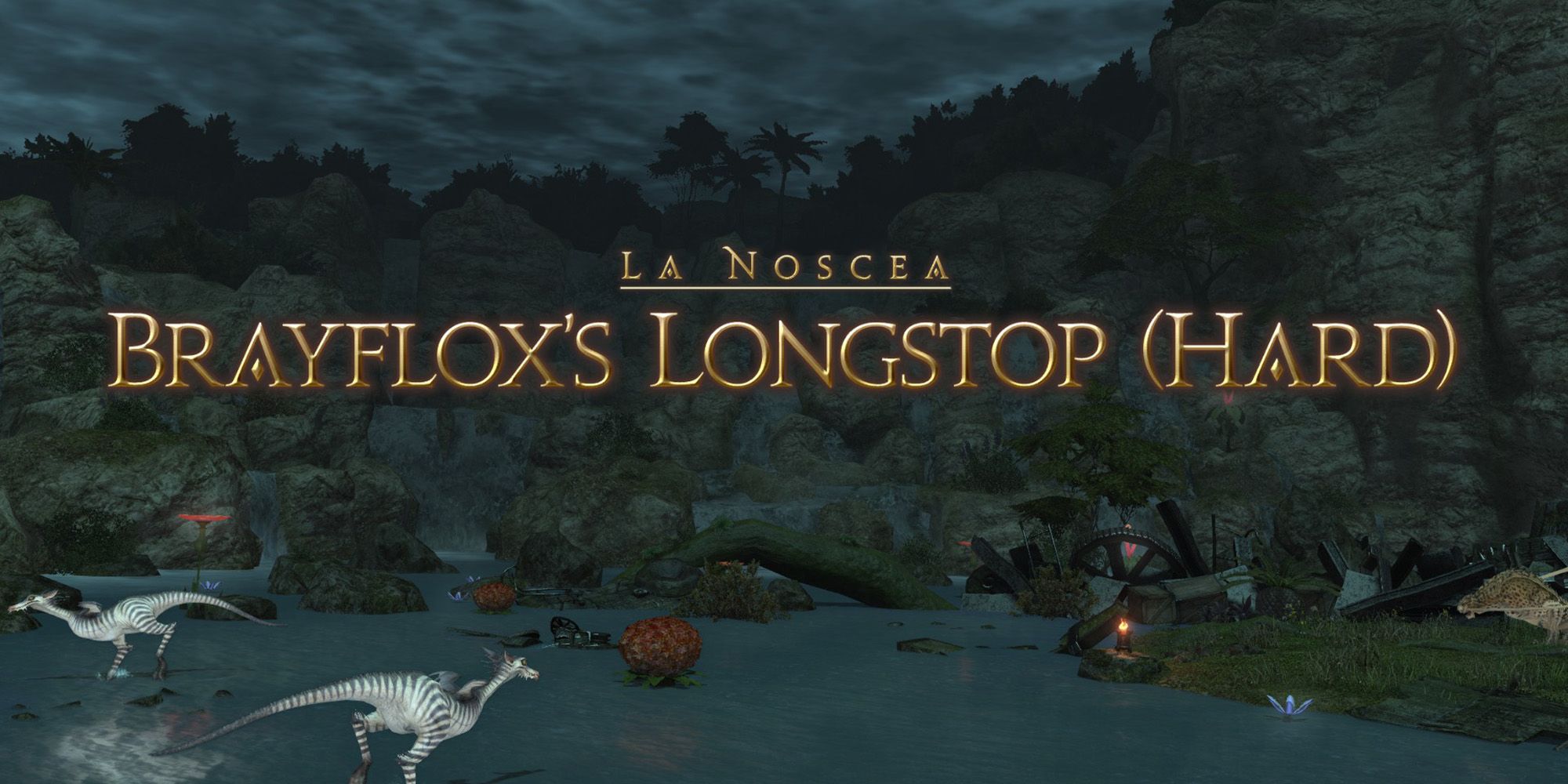 Brayflox’s Longstop (Hard) is an optional level 50 dungeon in Final Fantasy 14. Brayflox Alltalks is once again asking for your help in their little goblin village in the Raincatcher Gulley. This time, a rogue faction of goblins known as the Illuminati have invaded the village, and it’s up to you to eliminate them.

In this dungeon, you will return to the familiar landscape of Brayflox’s Longstop which has now been converted into an Illuminati stronghold. Take down the rogue goblin’s contraptions and save the village of Brayflox. Let’s take a look at each boss you’ll face in this dungeon, their attacks and mechanics, and how to beat them.

This dungeon can be unlocked through the following side quest.

This quest will appear after completing the main storyline quest “The Ultimate Weapon”.

When you first enter Brayflox’s Longstop (Hard) you’ll be in a large open area with nothing to stop you from running to the first boss. However, just because you can doesn’t mean you should. There are several groups of enemies along the way, some with attacks that deal Paralysis or have significant damage. If your party is up to it, you can shoot as much as you can.

In the second segment of the dungeon, after defeating the first boss, you will need to free three goblins who are trapped by the Illuminati. To free them, kill Illuminati enemies in the area. After that, Brayflox will open a path to the second boss.

The first boss in Brayflox’s Longstop (Hard) is the Illuminati Commander, whose attacks and mechanics are detailed below.

The Illuminati commander will repeat these attacks until he is defeated. Make sure you kill the Snipers as fast as possibleas their attacks can be overwhelming if not dealt with quickly.

The second boss in Brayflox’s Longstop (Hard) is the Magitek Vangob G-III. Throughout the fight, puddles of blue Ceruleum will appear around the arena. While these won’t harm you if you enter them, they are used by one of the boss mechanics later on.

The Magitek Vangob G-III will repeat these mechanics until it is defeated. Be careful with Cerulean puddle and surge comboas it can inflict significant damage if you are not careful.

Brayflox’s Longstop (Hard) final boss is the Gobmachine G-VI. This boss will use the following attacks and mechanics throughout the fight.

The Gobmachine G-VI will repeat these attacks until it is defeated. Later in the fight, more snipers will be summonedso get ready to defeat them quickly. Work with your party to clear the bombsand you can destroy the Gobmachine.

Why your paycheck arrives early at some financial institutions – Marketplace