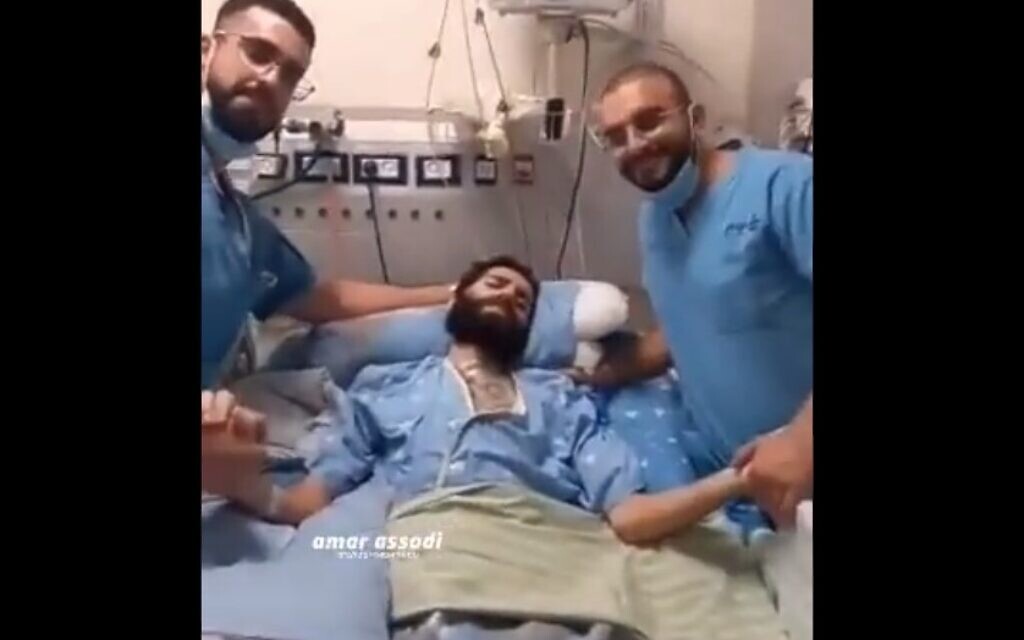 Two Arab Israeli nurses who posed while hugging a Hamas prisoner on hunger strike at Kaplan Medical Center in Rehovot will not be fired after expressing regret for their actions, the hospital said on Monday.

The pair were filmed on Sunday posing with Miqdad Qawasmeh, a Hamas operative who served terms in an Israeli prison in the past and is currently being held in administrative detention.

In the video, they can be seen shaking Qawasmeh’s hands and hugging him, before posing,

The nurses were called for a disciplinary hearing at the hospital and were in disguise due to the incident. The hospital said they understood the seriousness of their actions and expressed regret.

The Israeli authorities had not placed Qawasmeh under surveillance due to his weakened state.

The International Red Cross last week expressed concern for the well-being of Qawasmeh and another prisoner, saying there were concerns “about the potentially irreversible consequences of such a prolonged hunger strike on their health and their lives ”.

The other prisoner Kayed Nammoura is approaching his 90th day. Five other Palestinian detainees are also on hunger strike.

Several Palestinians have been granted their freedom through hunger strikes in recent years after being placed under administrative detention, a controversial Israeli policy in which suspects are held without charge for months at a time.

Learn Hebrew in a fun and unique way

You get news from Israel … but do you TO HAVE this? Here is your chance to understand not only the big picture that we cover on these pages, but also the critical and juicy details of life in Israel.

In Streetwise Hebrew for the Times of Israel community, each month, we will learn several familiar Hebrew phrases around a common theme. These are small audio Hebrew lessons that we think you will really enjoy.

Already a member? Log in to stop seeing this

Already a member? Log in to stop seeing this