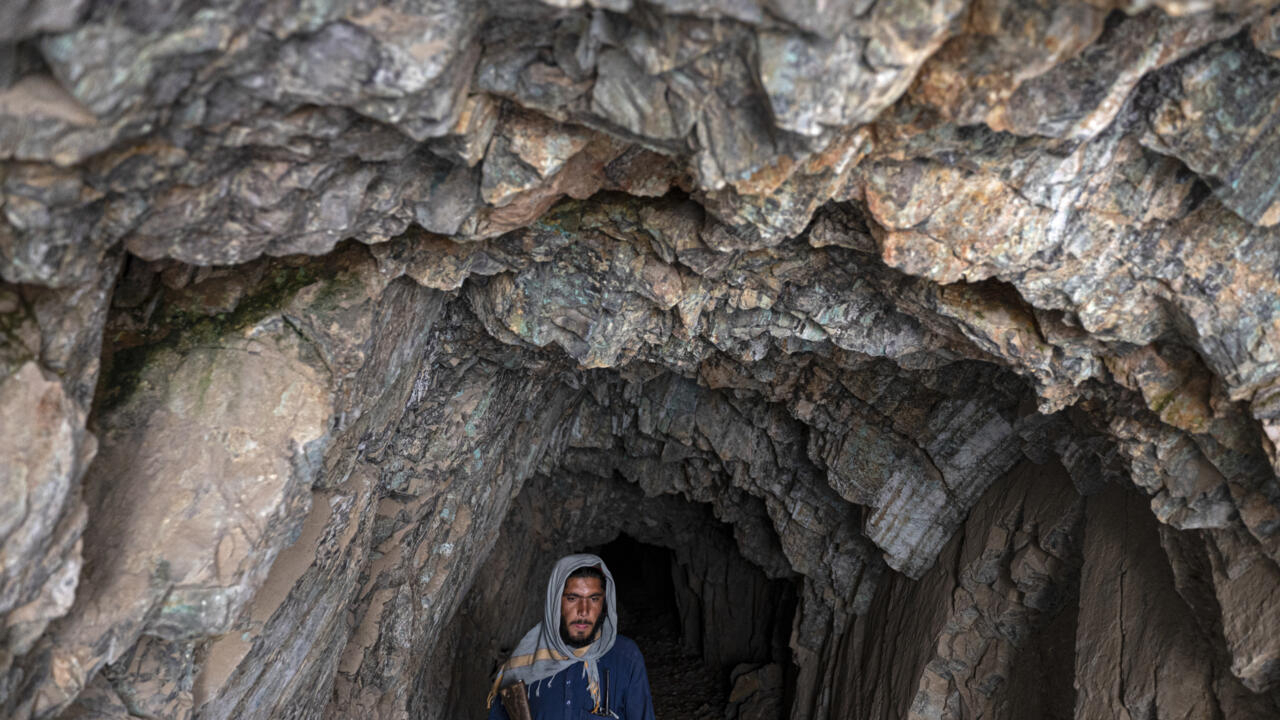 An ancient Afghan Buddhist town threatened by a Chinese copper mine

Mes Aynak (Afghanistan) (AFP) – An ancient Buddhist city carved into towering peaks near Kabul is in danger of disappearing forever, swallowed up by a Chinese consortium exploiting one of the largest copper deposits in the world.

Situated at the confluence of Hellenistic and Indian cultures, Mes Aynak — believed to be between 1,000 and 2,000 years old — was once a vast city organized around copper mining and trade.

Despite the looting at the start of the century, Mes Aynak is “one of the most beautiful archaeological sites” in the world, believes Bastien Varoutsikos, archaeologist for the French company Iconem, which is working to digitize the city and its heritage.

But the need for the Taliban – which returned to power in August last year – to find new sources of revenue after an international aid freeze has made operating the project a priority and could put an end to it. to further archaeological work.

The finds mainly date from the 2nd to 9th centuries AD, but earlier occupation is also likely, and pottery dating from the Bronze Age – long before the birth of Buddhism – has also been found.

Forgotten for centuries before being rediscovered by a French geologist in the early 1960s, Mes Aynak in the province of Logar has been compared to Pompeii and Machu Picchu in its size and importance.

The ruins, which cover 1,000 hectares, are perched high on a massive peak whose brown sides betray the presence of copper.

But in 2007, Chinese mining giant Metallurgical Group Corporation (MCC) led a state-owned consortium – which later took the name MJAM – and signed a $3 billion contract to extract ore over 30 years.

Fifteen years later, the mine still does not exist – insecurity and disagreements between Beijing and Kabul over the financial terms of the contract have caused delays.

However, the project is again a priority for both parties and discussions are ongoing on how to proceed.

Fears are growing that a place once considered one of the most prosperous trading centers on the Silk Road could disappear unguarded.

In the early 2010s, it was “one of the biggest archaeological projects in the world,” Varoutsikos told AFP.

MJAM initially suspended the start of operations for three years to allow archaeologists to focus on the area directly threatened by the mine.

This period was inadvertently extended because the security situation prevented the Chinese from building the planned infrastructure.

As a result, thousands of objects were unearthed – some were taken to the Kabul museum, others kept nearby.

During their last rule, the Taliban shocked the world when they blew up the giant Bamiyan Buddhas in March 2001, but today they say they are determined to preserve the findings of Mes Aynak.

But while the rhetoric sounds sincere, many remnants are simply too large or fragile to be moved and seem destined to disappear.

The Chinese prefer surface mining rather than underground mining. If this continues, it will open the copper mountain and bury all the fragments of the past.

The Taliban hope to earn more than $300 million a year from Mes Aynak, around 60% of the total state budget for 2022, and now want to speed up the process.

“This project must begin, it must not be delayed any longer,” they have repeatedly told MJAM in recent weeks, according to Burhan.

The discussions are about “80% finished”, specifies the spokesperson, there are only technical points left to settle, which should be done soon.

The Taliban are demanding that the contract – which includes the construction of a power plant to supply the mine and Kabul, and a railway to Pakistan – be respected.

They also insist that the copper be processed locally with Afghan labor.

China, whose economy badly needs copper, is reluctant to meet these demands.

The MJAM, which did not respond to AFP, also continues to demand a reduction in the royalties due.

The project also comes with concerns about its environmental consequences.

Copper mining is polluting and requires large amounts of water, and Logar is already an arid region.

According to Burhan, the Taliban is paying “strict attention” to these issues and will ensure that the consortium meets its obligations in this regard.

For now, the delay is a salvation for archaeologists.

Although there is currently no work underway at the site, Varoutsikos hopes to restart excavation before mining operations begin.

But even that will depend on international collaboration and funding, he notes.