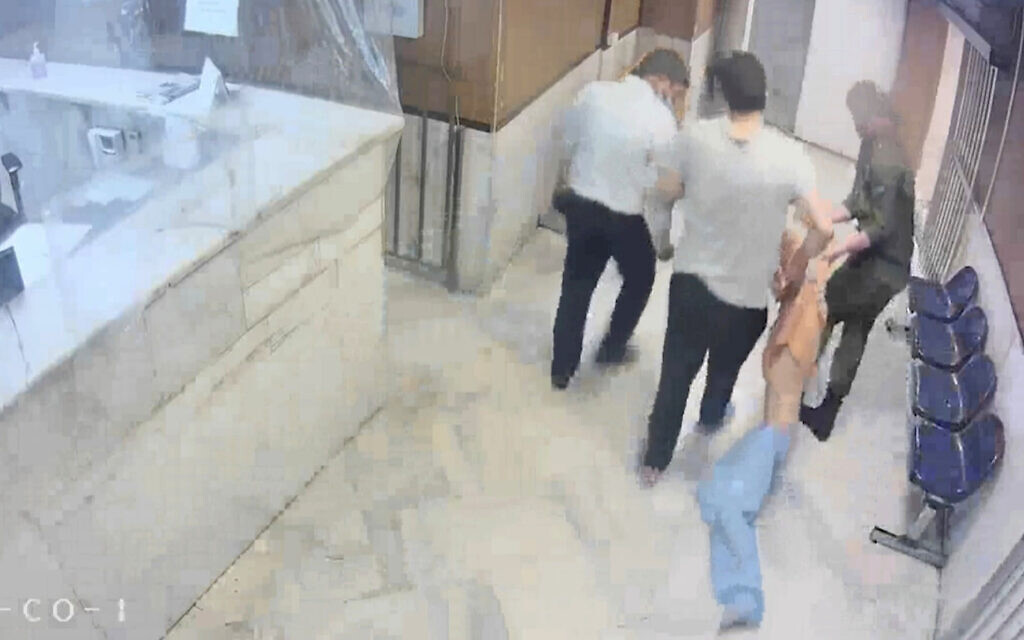 NICOSIA, Cyprus – Amnesty International has condemned Iran’s “climate of impunity” for deaths in custody despite reports of over 70 such cases over the past decade.

Iranian authorities have not reported on at least 72 deaths in custody since January 2010, despite credible reports that they were the result of torture or other ill-treatment or the lethal use of firearms and tear gas by officials, ”the London-based newspaper said. rights group.

The latest documented case involved a 31-year-old man whose death was reported to his family by intelligence ministry officials in Urumieh, West Azerbaijan province, on September 8, Amnesty said in a statement.

“The reports of the death of Yaser Mangouri in suspicious circumstances further show how the prevailing climate of impunity encourages the security forces to violate prisoners’ right to life without any fear of consequences or responsibility,” he said. said Heba Morayef, Amnesty Director for the Middle East and North Africa. .

The group’s report follows an admission by the Iranian prison chief last month that “unacceptable behavior” took place in a notorious Tehran prison after videos posted abroad appeared to show violence against inmates .

The footage of prison guards beating and mistreating inmates was allegedly obtained by hackers who accessed surveillance cameras at Evin Prison.

In this undated screenshot from a video shared with The Associated Press by a self-identified hacker group called “The Justice of Ali,” a guard beats a prisoner at Evin Prison in Tehran, in Iran. (Ali’s Justice via AP)

He said that in 46 of the 72 deaths in custody, informed sources said they were the result of “physical torture or other ill-treatment by intelligence and security officers or prison officers”.

Another 15 deaths were caused by the use of guns or tear gas by prison guards to quell protests over security fears of Covid-19, Amnesty said.

For the remaining 11 cases, the deaths occurred under suspicious circumstances, but no further details on the potential causes were available, he added.

“Iranian authorities generally attribute deaths in custody to suicide, drug overdose or illness in a rush and without conducting an independent and transparent investigation,” the watchdog said.

In July, Amnesty and nine other human rights groups urged member states of the United Nations Human Rights Council to put in place a mechanism to collect, preserve and analyze evidence of the most serious crimes. serious crimes committed in the Islamic Republic.

Iran regularly defends itself against reports from the United Nations or international rights groups criticizing its treatment of detainees.