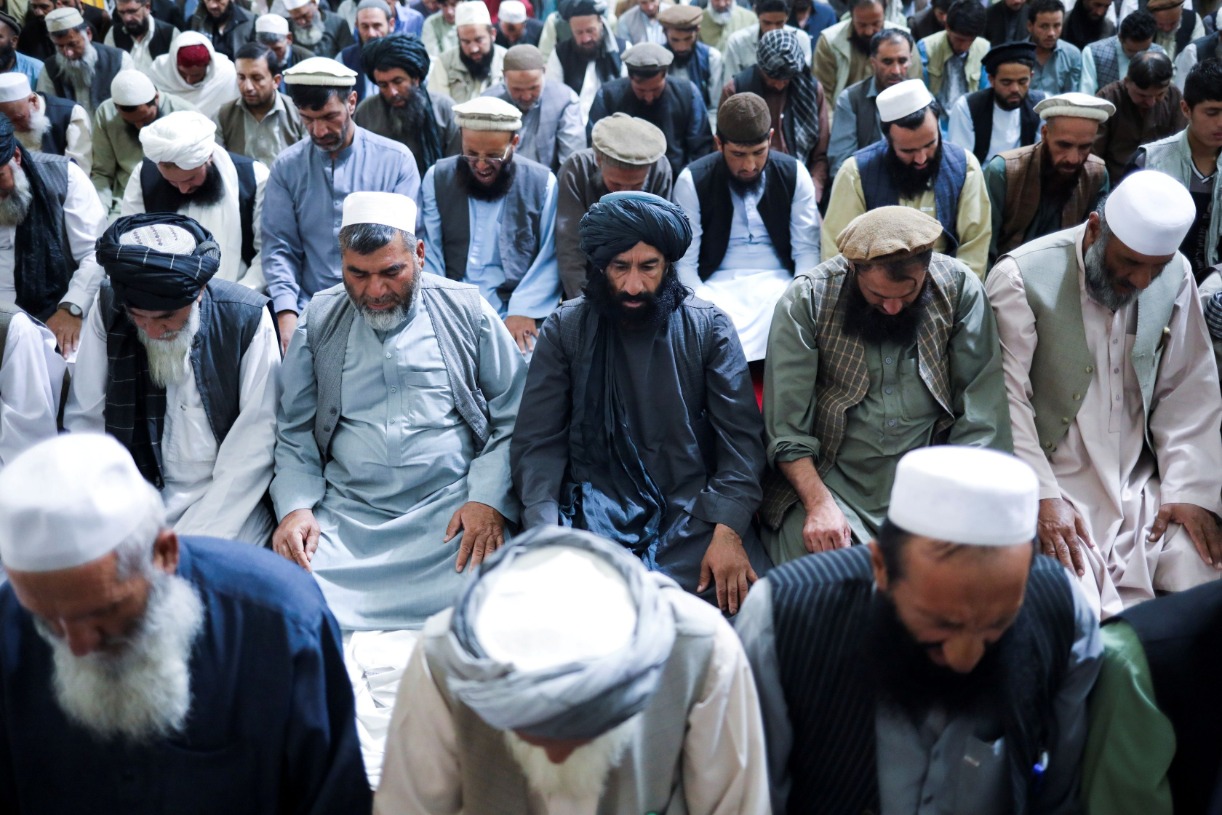 What went wrong in Afghanistan? How is it possible that we, a superpower that brings only good things – education, development, democracy, equality – have been driven out by a motley gang with medieval views and almost no resources? There are, without a doubt, many factors that contributed to this debacle, but what killed the project was that it was never grounded in reality. It was an adventure launched on a fantasy, driven on wishful thinking, before finally ending with a nagging, nagging hangover that now makes us make even more mistakes.

Almost all of the premises that guided our policy in Afghanistan were not only incorrect, but for each one we knew or easily could have known the facts but chose to ignore them. We have spent twenty years and two trillion dollars with our finger on the override button. The Special Inspector General for the Reconstruction of Afghanistan (SIGAR), our own government watchdog, constantly waved giant red warning flags, documenting everything that went wrong, from aid projects to military effort. We have muzzled this watchdog. Has anyone ever read any of the reports? I can not. I will never forget the first one I read, expecting a bland government document, instead finding an accurate and detailed account of an ongoing catastrophic failure, with names, dates, and numbers that don’t. could be ignored. But were.

Below is a sample of some of the fluffy marshmallow building blocks in a building that was never going to stand.

The Afghan national army is growing stronger and will hold out soon.

Wrong. American troops and American air power did all of the heavy lifting, throughout the war. Afghan soldiers were constantly deserting (a huge retention issue) or didn’t exist at all, except on paper so their superiors could get extra pay (ghost soldiers) or shot us in the back in the so-called ” green on blue attacks.

When this expensive-equipped, salaried, trained, counseled and intelligence-backed army collapsed not in a few years or months, but in a few days, fleeing or surrendering to a Taliban militia that had nothing to do with it. its armament and was less than a third of its size, we expressed our surprise. There was nothing surprising about it. It was never a real indigenous entity. And that it was a ridiculous idea the first day should have been obvious.

Who, even with the slightest notion of history, would believe that Afghans of all peoples need to learn to fight? Whenever they want, they can – for twenty years, even chased by drones, airstrikes and night raids, supplied only with tea and bread, have their leaders caught and sent to Pakistani prisons or Guantanamo. If they don’t fight well, it’s because they don’t want to and are just pleasing you to get your money.

The US military war (Operation Enduring Freedom) ended successfully in 2014. After that, we just monitored and advised (Operation Freedom’s Sentinel).

Barely. We have been heavily engaged in military actions throughout, including a mini-surge until 2020.

We have created a democracy.

No. We created a kleptocracy made up of former elites and warlords, complemented by new elites from urban areas who knew how to play our desires and provide us with beloved sound clips, and we have garnished it with visuals of democracy like in Hollywood. together. The first election inducted our chosen president, Hamid Karzai. When he was re-elected, we overshot the mark a bit, and he ended up being elected by more votes than the country had registered voters.

The last election, in which only an embarrassing 16% of the electorate turned up, was to re-induct our man Ashraf Ghani. When his tiny majority turned out to be based on fraud, we still declared him the winner and appeased his rival, Abdullah Abdullah, by inventing a new position and making him co-chair. Two years later, Ghani thanked us for our loyalty by fleeing, taking with him a reported $ 168 million. He thus thwarted the agreement we had reached, which would have kept part of the interim government in power. The deal called for the Taliban to refrain from entering Kabul and engage in two weeks of moderate negotiations with the government to find a power-sharing formula. At the end of the two weeks, Ghani was supposed to resign and leave in an orderly fashion. He chose to leave the ship, the government collapsed, the talks became moot, and the Taliban entered the city – with our express permission, as the police, army and palace guards had followed their path. chief and had also fled, and looting and chaos threatened, and someone had to come in and keep order.

All the girls were in school under our supervision.

It was the favorite fact mentioned at the start of every public speech and Afghanistan-themed event: that four-fifths of all girls, 3.5 million of them, attended school. What a triumph over ignorance and discrimination, what a warm and warm feeling after the cruel and backward Taliban banned girls from school.

So this one was partially true. It is true that the old Taliban were cruel, backward and oppressive to everyone and to girls and women in particular, and did not see the need for girls’ education, which could only make them arrogant. .

What is not true is that we have achieved a turnaround at about this scale. The 3.5 million figure came out of nowhere. In 2017, Human Rights Watch reported that â€œSixteen years after the US-led military intervention that overthrew the Taliban government, it is estimated that two-thirds of Afghan girls do not go to school. By the end of our 20-year education blitz, women’s literacy had not even reached 30 percent.

The propensity to invent happy facts is annoying because on this subject, the real facts would have been quite happy. What we have achieved is considered a legitimate game changer. Afghan families and communities, even in rural areas, now broadly endorse the principle of educating their daughters, while twenty years ago many shared the Taliban’s view that it was unnecessary at best. and at worst harmful.

And the “new Taliban” have clearly received the message that the world – and their own people – will not tolerate a ban on girls’ education. They immediately reopened all primary schools for girls. They have promised to open the high schools as well, sequentially, as soon as they have the logistics in place. High schools are traditionally single-sex in Afghanistan, but the Taliban also wants to assign only male teachers for boys and only female teachers for girls, forcing them to relocate some staff. Their promise is credible because indeed, they have already reopened girls’ high schools in nine provinces so far.

The government we supported was inclusive, and the Taliban must do the same for international recognition.

Oh, the government we supported was inclusive okay. Including warlords, murderers, drug traffickers and rapists, several of whom should have been in a courtroom in The Hague and not in the cabinet in Kabul.

We knew who these people were. We knew what they had done and continued to do it, with impunity, before our eyes, to our knowledge. This included, according to a meticulously researched report by Human Rights Watch: “mass murders, murders, rapes, torture, beatings, enforced disappearances, robberies and arbitrary detentions … anchoring them politically in the fabric of Afghan society.

We made the Machiavellian decision not only to let these criminals go, but to place them in positions of power in government, as we believed this would prevent ethnic and regional resentments and promote stability. Personally, I think it poisoned our effort from the start, but I guess we can debate the tactical logic. What you can’t do is call it â€œinclusiveâ€ and pretend it’s part of democracy.

This speaks well for the Taliban that they have so far managed to keep creeps, carpet looters and country destroyers at bay.

Things were going well for us militarily and with more patience we would have defeated the Taliban.

I’m going to let a general take care of this: General John W. Nicholson, the former commander of Operation Resolute Support. SIGAR’s January 2018-March 2018 report quotes him as stating that “during this quarter, US and Afghan forces were gaining momentum thanks to the new strategy in South Asia, and the Taliban were turning to tactics. guerrilla warfare and suicide bombings because they were no longer able to carry out attacks to take over towns or neighborhoods.

Wellâ€¦ we all witnessed in the summer of 2021 how unable the Taliban were to take over districts. They swept across the country in a matter of days, taking district and province after province as the Afghan National Army surrendered or fled in disarray. The White House knew the Taliban was getting stronger and stronger as our guys were pushed further and further, even though Congress still received happy reports from the US military. The Afghan National Army and the Afghan government were on a steady downward trajectory, unable even to defend Kabul against increasing suicide bombings and deadly attacks. It was precisely this assessment that ultimately led President Barack Obama to decide to step down, President Donald Trump to initiate Doha talks and set a timetable, and President Joe Biden to implement the exit plan. Three administrations can hardly be described as a â€œrush to exitâ€.