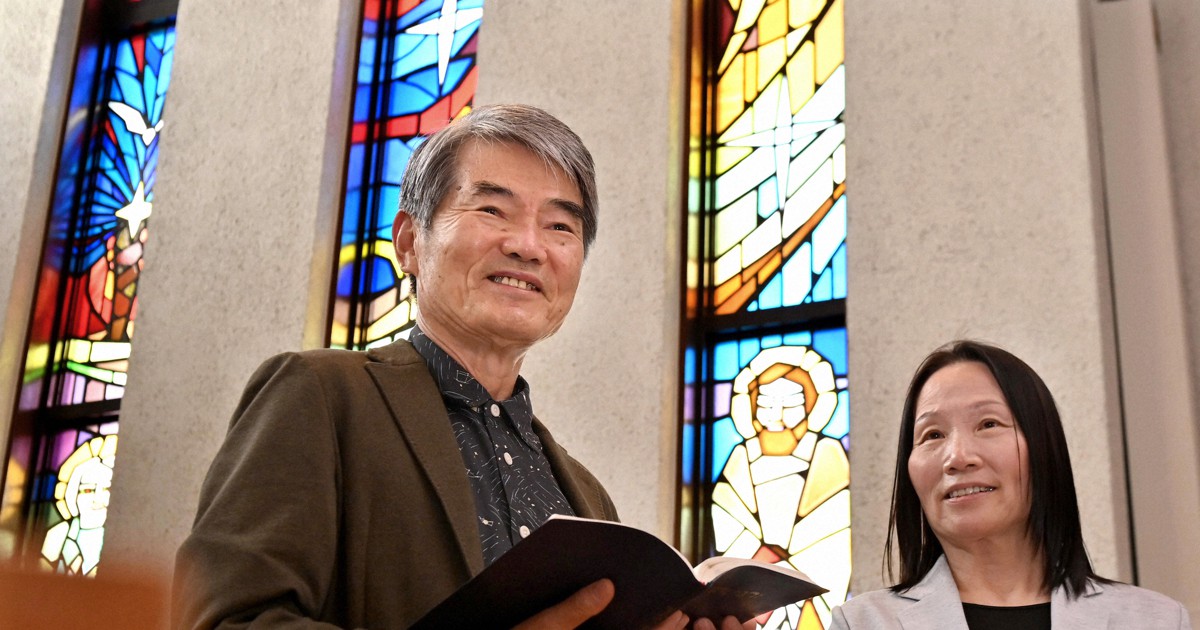 OSAKA – Lee Cheol and I walked into a cafe near Tsuruhashi Station in the heart of the Korean city of Osaka. “It should be safe here,” he said, choosing a seat with his back to the wall.

Lee is a 73-year-old second-generation â€œZainichiâ€, an ethnic Korean born in Japan, who now resides in that city. He was studying in South Korea in 1975 when he was falsely accused of spying for North Korea, tortured and sentenced to death. In 1988, after 13 years on death row, he was paroled. The scars on his back from the beatings he suffered are gone, but his fear and mistrust remain.

In the 1970s and 1980s, when South Korea was ruled by a military dictatorship, many Zainichi students chose to study on their own soil. Koreans in Japan had suffered severe discrimination and their trip to the Korean Peninsula was hopeful. But several of them were presented as spies. Then President Park Chung-hee set about suppressing Korea’s demands for democracy and reunification. Students have been targeted as political prisoners, or scapegoats, to portray “the threat from the North”.

The man in front of me was one of them.

Lee was born in Kumamoto Prefecture in southwestern Japan. After graduating from Chuo University in Tokyo, he began studying at Seoul National University’s Educational Research Institute for Koreans Living Abroad in 1971. He went on to graduate school. from Korea University in March 1973. He was a 27-year-old student when the life-changing “incident” occurred.

There were signs that a sinister process was underway. Headlines announcing that “Korea Central Intelligence Agency Unmasks Korean Zainichi Spy Ring” hit newsstands on November 22, 1975. Law enforcement officials announced the arrest of 21 suspects as police officers. spies, including 13 Korean students from Japan. The public was led to believe that there was a “campus spy ring.” Members were reportedly still at large and the authorities were asking them to surrender within a month.

â€œI shuddered with a sense of danger,â€ Lee recalls. He feared that he too might be trapped.

About three weeks later, on December 11, men broke into his home, overturned his desk, knocked over some shelves and removed him. In a car, he was blindfolded and forced to stick his head between her knees. â€œLee Cheol entered North Korea for agent training and infiltrated South Korea,â€ his accusers said. The allegations were completely fabricated.

Lee was taken to the Korean Central Intelligence Agency (KCIA) headquarters, where interrogators undressed him in an underground room. “I don’t understand why I am here,” he protested. But they repeatedly beat him with a wooden stick. When he collapsed, they kicked him all over the place. “I’m going to be killed,” he thought, and passed out. He couldn’t even make a confession to ease his situation. Desperate, he gave up the hope of living. “I bite my tongue with all my might,” he recalls. But he failed to kill himself.

After 39 days of torture, he was forced to make a false confession, which was dictated to him verbatim.

Lee was convicted of violating the National Security Act, among other counts, and was sentenced to death in May 1976. The verdict was delivered at an appeal hearing in November. In March 1977, the Supreme Court dismissed his last appeal and the conviction was upheld.

News of his fiancÃ©e’s arrest in January 1976 added to the agony. At the time, he was engaged to Min Hyang-suk within a few months. The authorities charged her with conspiracy, for not informing the authorities that Lee was a spy, and the judges sentenced her to 3.5 years in prison. His sentence was finalized right after Lee’s verdict was confirmed.

â€œYour father is dead! Do you know ? A relative yelled at him as he went to court. Her father, Jeong-hak, died at the age of 53 in January 1976 after Lee’s arrest.

Four years later, Lee’s mother, Pun-wi, passed away at the age of 56. Lee’s older sister visited him in prison to pass on the bad news to him. “Mum worried about you until her last breath,” she said.

After Lee was interned in the KCIA cell, he was transferred to a detention house in Seoul. He was prohibited from receiving anyone or anything from the outside, but after several months an inmate threw a Bible through the viewing slot in the door. He hid it under a quilt, then pulled it out and devoured the words while sitting with his back to the door so the guards wouldn’t notice. He was absorbed in it.

Reading Jesus the Redeemer reminded Lee of what he had wanted to do in South Korea – reunite the two Koreas and achieve peace. The Bible rekindled her will to survive, although the torture destroyed her inner self. He was baptized Catholic after the first audience which sentenced him to death.

On August 15, 1979, Lee’s death sentence was commuted to life in prison and he was not handcuffed. About 10 days later, he was briefly reunited with Min in a reception hall separated by a fence. She had just been released after serving a three-and-a-half-year sentence.

“With all the trials I have imposed on you, you must be bitter towards me,” he risked.

“No, I’ve never regretted meeting you,” she replied. They touched the fingers.

As if to strengthen her ties with Lee, Min embarked on a campaign to free political prisoners. Min’s mother and farmer, Cho Man-jo, joined in. She participated in gatherings of the families of prisoners and became a notable figure in bringing together activists from South Korea and Japan. Cho died at the age of 84 in 2005.

Then President Chun Doo-hwan, who had seized power after a military coup in 1980, in 1987 ordered an end to the debate on constitutional changes that would have paved the way for direct presidential elections. Demonstrators demanding democracy took to the streets across the country. On June 29, 1987, Democratic Justice Party leader and presidential hopeful Roh Tae-woo announced the “June 29 Declaration,” a proposal for global democratization. It had eight points which included a constitutional amendment and freedom of the press. It was his attempt to rectify the situation. Roh was elected president the following year, and political prisoners began to be released one by one.

With South Korea on the path to democracy, Lee’s lot finally seemed to be improving.

(This is part of a two-part series. The next part will be published on December 6, 2021. The Japanese original of this article by expert writer Tomonari Takao was published on October 23, 2021.)

BTS balls, sweet finds from Dapitan and other cool and quirky Christmas decorations