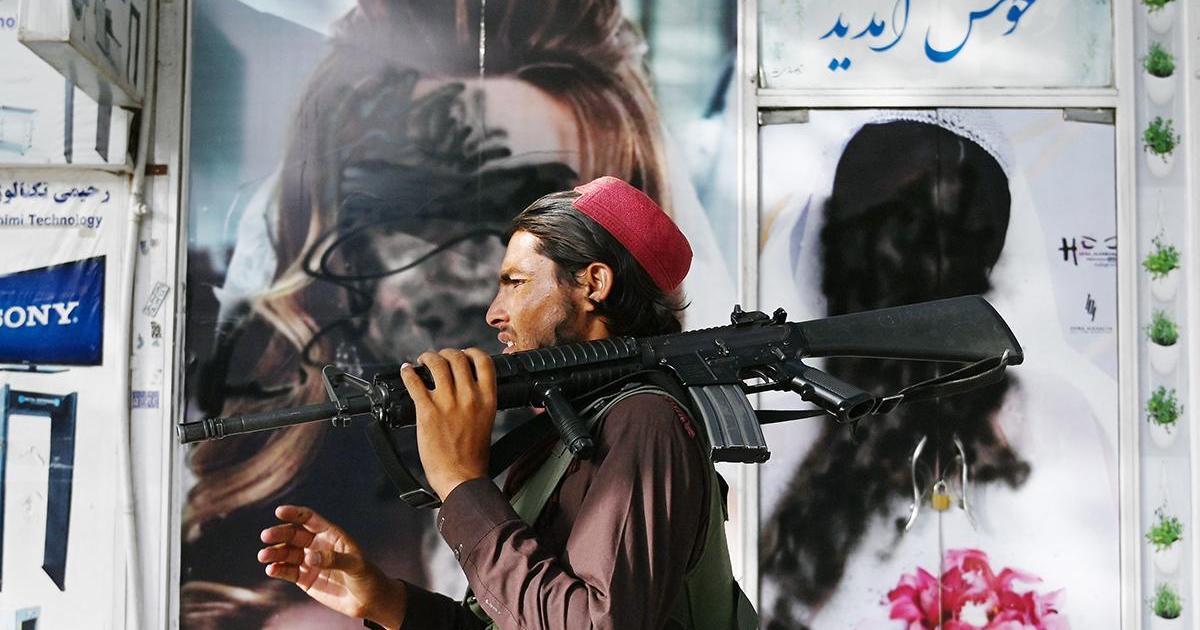 The situation in Afghanistan can hardly be called “unprecedented”. However, this hardly reassures people.

Some have described the “war on terror” as an absolute failure. Others lamented the lack of state building; exporting and hoping to build a model based on the Western notion of liberal democracy will always fail. Some have criticized US President Joe Biden for withdrawing too soon from Afghanistan. All three positions have some merit, although each situation has more nuances.

The current political situation cannot be adequately explained by simply focusing on the political aspects. Indeed, economics and history tell us far more about the current situation than political commentaries ever could.

First, the economic situation remains crucial. Ironically, over the past 20 years the Taliban have managed to get richer and they are now richer than ever. For example, in the fiscal year ending March 2020, the Afghan state brought in $ 5.55 billion. By comparison, the Taliban raised $ 1.6 billion.

On top of that, some countries – some even claim to be Western allies – are secretly funding the Taliban.

It is estimated that the Taliban is funding the sum of $ 500 million from these sources.

Second, Afghanistan is an incredibly complex society. Åsne Seierstad’s bestseller, Kabul bookseller, gives us a glimpse of Afghanistan just two weeks after the September 11 attacks. This brilliant book depicts a complex and multifaceted society. It is a society that struggles to make peace with its history of invasion and occupation and to make the concept of democracy work.

Another excellent book, the novel by Khaled Hosseini The kite runner, traces the story of Amir and Hassan in the context of the recent history of Afghanistan, from the fall of the Afghan monarchy to the Soviet invasion, including the rise of the Taliban.

These two books help debunk some popular myths that Afghanistan is a monolithic country whose problem can be solved with a “one-size-fits-all” solution.

On the contrary, it is a multiethnic society living in inhospitable terrain, which struggles to reconcile a traditional way of life and Westernization.

What the West may call democratic, modern, and progressive may seem, to a different audience, strange, alien, and regressive.

Third, a quick review of the historical records shows that Afghan militias have always trumped foreign occupiers. It has always been a contested and highly fragmented territory characterized by warring tribes. As a result, restoring order has always been an elusive task.

In the 19th century, the successive Anglo-Afghan wars – part of what has been called “The Great Game” – sought to gain influence on this territory. In addition, the rivalry between the British Empire and the Russian bouncer in this territory was considered crucial for the geopolitical influence of the region. Nevertheless, imperial policy in the region had little regard for regional realities. So, for example, little attention has been paid to the division of the Pashtun tribes. After 1948, this will cause tensions with Pakistan.

Independence came in 1919, following the ratification of the Treaty of Rawalpindi. The Afghan monarchy skillfully administered the territory.

King Amanullah I began to introduce much-needed reforms, including a new constitution. He was also aware of geopolitical realities and he skillfully manipulated the rivalry between the British Empire and the Soviet Union while establishing diplomatic relations with other countries.

The overthrow of the Afghan monarchy and the establishment of a republic proved disastrous. Communist factions overthrew the republic in 1978. The threat of tribal insurgency led to an invasion by the Soviet Union.

Although the conflict between the Soviet Union and the Mujahedin officially ended in 1988, the agreed settlement was far from sufficient. The Afghan economy was in ruins, thousands of people were killed and around six million people became refugees. In addition, the new government has not settled the disputes.

In 1992, Afghanistan sank into another civil war involving tribal factions, including Tajiks, Uzbeks and Pashtuns. Among the warring groups, one has succeeded in gaining overall control of the country – the Taliban.

The Taliban have made Afghanistan a safe haven for various organizations, including Al Qaeda. This is where the September 11 attacks on the United States were planned. The Taliban government collapsed immediately after the first US bombings in 2001. Nonetheless, many of its leaders managed to escape. The Taliban have been defeated but not destroyed.

In addition, the new democratic leadership led by the brilliant Hamid Karzai has not been able to solve the endemic problems of the country.

Although there was an attempt to unite regional and tribal leaders, many areas remained outside the control of the central government.

The rest were under the control of regional warlords who have now surrendered to the Taliban.

The recent Taliban takeover of Afghanistan promises enormous hardship for the region and the Afghans.

Images of people desperately clinging to the wheels of planes, only to plunge to their deaths minutes later, is a shocking reminder of how desperate the situation is.

Recent events also show how out of depth the West is when it deals with the region. Despite seemingly 20 years of state-building, the Taliban seized power with relative ease in less than 90 days, as a US intelligence report had indicated if the US pulled out.

Nonetheless, it also shows an incredible lack of judgment on the part of President Biden who has always had strong feelings about the US presence in the region. His decision has now effectively undone much of the work that had been done so far.

The aftermath of the situation in Afghanistan will have profound repercussions in the region and the West’s ability to remain credible, consistent and trustworthy. Unfortunately, so far things are not looking good.

Independent journalism costs money. Support Times of Malta for the price of a coffee.