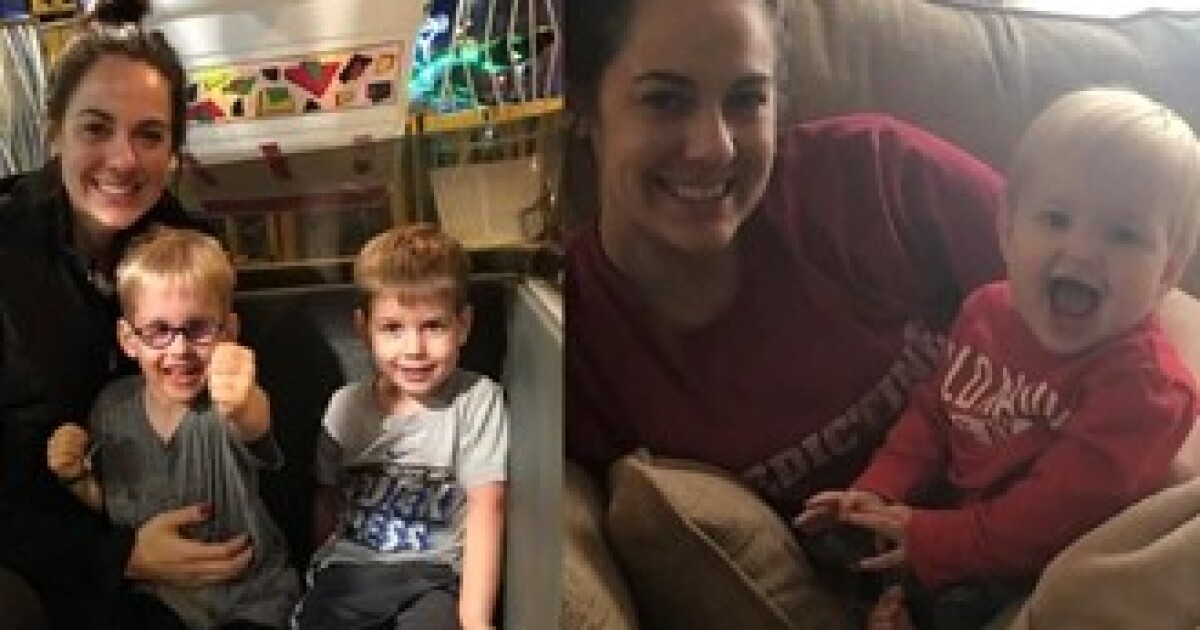 In the last year of Katie Scott’s life, blood transfusions made all the difference.

The Johnson County native needed it regularly — as often as every other week — for months of chemotherapy to treat rare bone cancer.

They counteracted the exhaustion caused not only by Ewing’s sarcoma, but by the treatment – which, in the fight to kill cancer cells, had adverse effects on healthy cells as well.

“It was like night and day,” her husband Ryan Scott said, recalling how Katie woke up with renewed strength the day after a transfusion. “It was life back into it.

For the Scotts, a generous act from others — people who had donated blood — translated into more energy for Katie to continue chemotherapy and spend time doing things with the people she loved.

On February 4, the family hopes that many people will come to the Sheraton Hotel in Overland Park for an annual blood drive started by Katie, her colleagues and friends in the last weeks of her life.

She knew at that time that the cancer would be fatal and she wanted a way to give back to others the way they had given her.

This year, the effort she started comes as the American Red Cross announced its worst blood shortage in more than a decade.

A five day supply is ideal. Right now, as soon as the blood comes in and is tested, it’s gone.

Blood drive details: Friday, February 4 from 8:30 a.m. to 5 p.m. at the Sheraton Overland Park Hotel, 6100 College Blvd. Donors should register in advance and wear a mask at the donation site.

“We have less than a day’s supply,” said Joe Zydlo, spokesman for the Red Cross region that includes Missouri, Arkansas and parts of Kansas. “Probably more like three quarters of a day’s supply.”

Hospitals receive only a portion of what they normally expect to receive each day.

In a typical year, winter weather and flu season can easily reduce blood supply. Fewer people are donating and it is not uncommon for the Red Cross to issue emergency appeals for help.

But this winter, the pandemic has pushed the situation far beyond that.

The sheer amount of COVID-19 circulating here and nationally is keeping many more people home than even a bad flu year. They are sick, in quarantine or trying to avoid germs to protect themselves and their families.

“A trauma patient in need of a massive blood transfusion,” Megow said in an emailed statement, “can deplete a good portion of a hospital’s blood supply.”

To cope, HCA Midwest facilities mix supplies together daily to get blood to where it’s needed.

HCA Midwest operates seven hospitals in the Kansas City area, 10 emergency rooms and several trauma and cancer centers. It delivers more babies than any other health system in the region.

In short, he needs a lot of blood. For road accident victims. Emergency caesareans. Cancer care.

And although last winter also brought a shortage, Megow says hospitals also used less blood at the time. Many people stayed home instead of seeking health care, and hospitals postponed elective surgeries to deal with the influx of COVID patients.

Certainly some of that is happening now, she says. HCA Midwest hospitals are delaying some surgeries as the region’s third major wave of COVID continues.

But facilities are also seeing more victims of car accidents and treating a backlog of patients who postponed care last year. We need more blood supplies.

A time of mixed emotions

This marks the fifth year of annual campaigns launched by Katie Scott that have come to involve donation sites in multiple cities. Over the past four years, the campaigns have collected enough blood to impact nearly 3,000 lives.

Ryan Scott recalls what planning meant to his wife in her final weeks and days.

She recruited donors. She logged into the event portal on several occasions, monitoring the growing list of those who pledged to give and sending reminders to others in hopes of attracting more.

“She would literally be on it, I mean, every 20 minutes,” Ryan said. “She was refreshing herself and she was seeing which friends had signed up, which family had signed up.”

The day after his death, his family cried while donating as they had wanted.

For them, each year’s event remains a day of mixed emotions. It comes at the time of year when they lost Katie.

“But then you also see the impact of how many people (the reader) are helping out,” Ryan said. “You see family, you see friends. So it’s kind of like a celebration, too, of an incredible life.

Naturally outgoing, her warmth towards others led to relationships with people at Renaissance Financial, the company where she worked.

So while her roots are in the Kansas City area — where she attended Holy Spirit Catholic School and Bishop Miege High School, then Benedictine College — co-workers are also holding blood drives to fulfill her vision at St. Louis, Omaha and Phoenix.

This year, her family will also unveil two new Red Cross vans made possible through a GoFundMe campaign that quickly raised over $100,000 to honor Katie’s memory. These will bolster the fleet of vehicles in the Midwest that transport blood from donation sites to blood banks.

Celia Llopis-Jepsen reports on consumer health for the Kansas News Service. You can follow her on Twitter @celia_LJ or email her at celia(at)kcur(dot)org.

The Kansas News Service is a collaboration between KCUR, Kansas Public Radio, KMUW, and High Plains Public Radio focused on health, the social determinants of health, and how they relate to public policy.

Kansas News Service stories and photos may be republished by news outlets free of charge with proper attribution and a link to ksnewsservice.org.