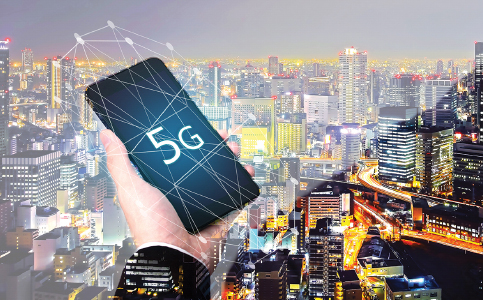 The availability of 5G in Miami-Dade has affected not only the economy, but also public safety and decisions at home.

Mitch Bierman, partner and president of airports and aviation services at law firm Weiss Serota, said rapid internet availability through the fifth-generation mobile network, or 5G, is crucial for public safety, as the public should be able to call whoever is needed in an emergency. . “The 911 call cannot be interrupted due to tourist season or an area where many people are broadcasting on their phones,” he said. “Service cannot be slowed down if you have to call an Uber or pay for parking.”

“5G is poised to collect data from streetlights and improve traffic patterns, based on when the largest groups of people congregate,” said Jorge Valens, chief engagement officer at the IT community for the development of information technology for Miami-Dade County. The availability of internet that collects data at traffic lights, he said, will help determine the safest time to allow pedestrians to cross.

“I work with many companies that rely on these service upgrades to provide the public with the best possible service” in transportation and mobility, Bierman said. “My industry in general wants to be seen as a partner to local government, providing an essential service to the public. It’s like water and electricity. It is essential for business and education.

With Miami attracting a tech industry, Bierman said, 5G is needed. “The speed of the market pressure is strong.”

“People want the fastest cellular service, but not necessarily the equipment,” Bierman said.

In November, Miami-Dade commissioners called for an inventory of county properties that could be used to expand the 5G network. Only Commissioner Eileen Higgins voted no and sought to move more 5G hubs away from her district, saying some installed up to two years ago are still unfinished.

Florida Power & Light is working with AT&T and Comcast to bury these wires underground rather than installing more poles with wires hanging from the streets.

Three options are available, and the Miami City Commission hopes for a decision among the three in two months. The option that will hide the most power lines in Miami is estimated to be the most expensive between 350 and 400 million dollars. Poles and overhead wires would be removed, so tree canopies would no longer need to be pruned. Underground cables would keep electrical infrastructure safe during storms in the event of power loss.

Efran Favela, director of retail execution for AT&T’s Florida market, said AT&T is managing the demand for hyper-fast 5G in some of Miami’s largest event centers. FTX Arena and Hard Rock Stadium are both connected to 5G.

“There have been a lot of technological advances that rely on network connectivity,” Favela said. Household appliances such as fridges, ovens, TVs and washing machines are starting to become reliable via 5G connectivity because so much can be controlled from an app on a phone. “People are now considering 5G connectivity when buying a home,” Valens said. “I did.”

Another great network provider in Miami-Dade is Verizon. “We are committed to helping small businesses grow and recover from the pandemic by leveraging the latest technologies with reliable connectivity,” said Chris Sercio, chief communications officer at Verizon.

Enterprise Florida has scheduled a visit to Barcelona from February 28 to March 3 for the Mobile World Congress Expo, the world’s largest mobile event featuring 2,400 technology companies and entrepreneurs. Enterprise’s presence would provide platforms for Florida businesses to communicate about today’s technology globally, including 5G and other technologies to exchange communications.

A federal issue with rolling out a broader 5G network has been seen at airports across the country, where 5G wavelengths interfere with the ability of planes to take off and land.

“Major international carriers are already canceling flights and cargo shipments out of fear that they will not be able to land safely at US airports due to 5G interference,” said Chris Oswald, senior vice president for security and regulatory affairs at Airports Council International. – North America. “A major potential interference between 5G signals and aircraft instrumentation relates specifically to radio altimeters that allow pilots to know precisely how far above the ground they are during low-altitude flights.”

On January 19, cellphone companies AT&T and Verizon agreed to suspend 5G tower installations for six weeks until they get further information from the Federal Aviation Administration.

On January 28, the Federal Aviation Administration released a statement that most planes can operate around 5G signals if it doesn’t affect a plane’s ability to measure its altitude. Helicopter landings and 5G safety are still under discussion.

The CFPB wants your opinion on “unwanted fees”