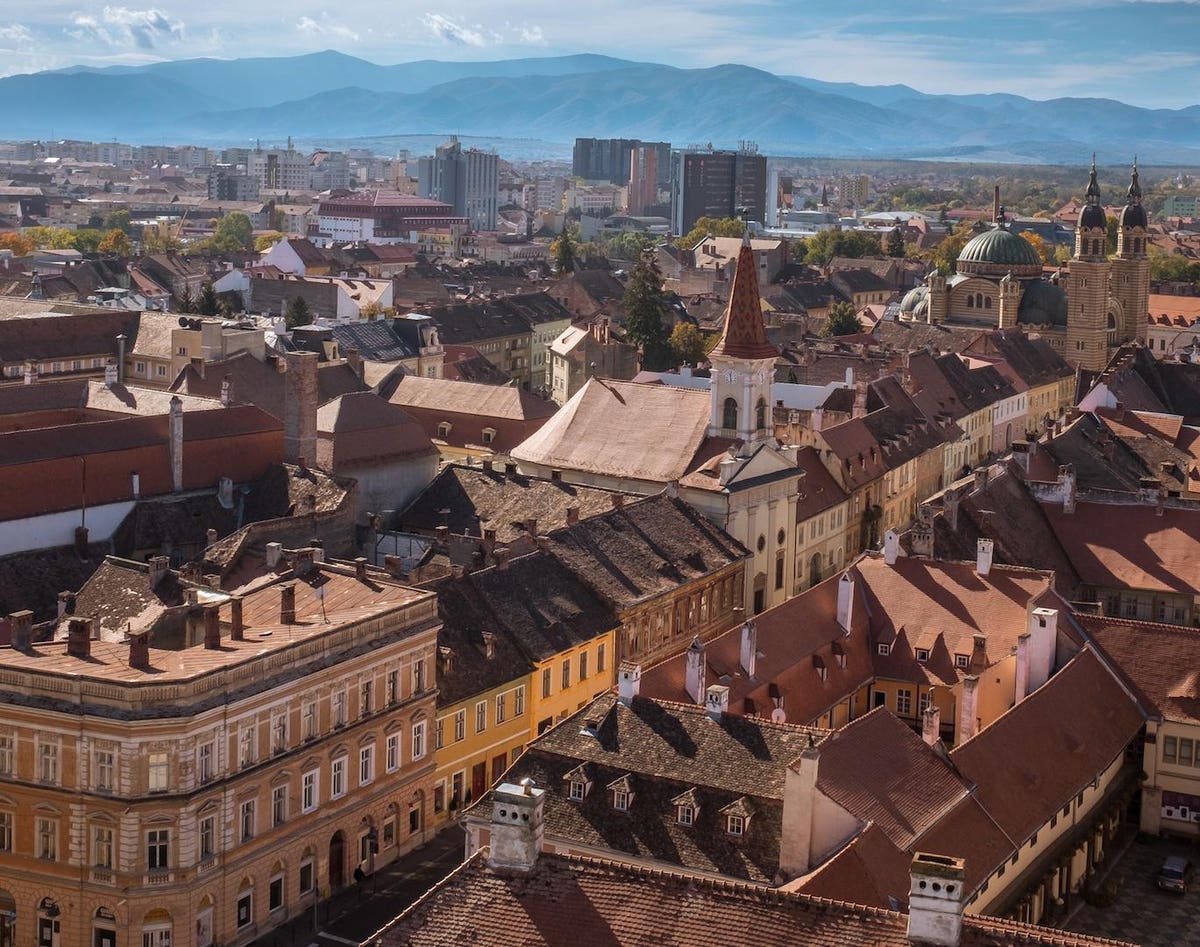 Quick: If I say Transylvania, what comes to mind?

I’m going to guess it’s pointy teeth, a cape, and a thick accent. And the funny thing is that Bram Stoker has never visited Transylvania, or even Romania at all. And yet the author was captivated by the name – which means “through the forest”, as the region is surrounded by the Carpathian and Apuseni mountains – and the place’s reputation for its lush forests and deep nature. (and also a few impalements, but more on that later).

Either way, Stoker chose Transylvania as the setting for Dracula, and more than a century later, the association persists. I guess that’s why Romanian entrepreneurs Raluca Spiac and Alexandra Da Sacco, and the latter’s husband Giulio Da Sacco, chose to call their bespoke luxury travel agency Beyond Dracula.

“Giulio and Alexandra were on an uninspired honeymoon in Bhutan – uninspired in the sense that they went out of season, they were cold and it was raining,” says Spiac. “A few times they have had this thought: we are here in this place with unspoiled nature and access to an authentic way of life. We have this in Romania, but nobody really knows it and nobody pays the amount of money they pay to go to Bhutan for it.

She continues: “We wanted to create truly personalized itineraries, to get to know the country well so that we could adapt things and give reliable information to those who wanted to discover our country. This is what I saw through their eyes.

According to my excellent guide, Alex Grigorescu, Transylvania has the potential to be a sort of European Yellowstone, a status that conservation organizations strive to achieve. It still has pristine forests and meadows that were never used for agriculture and which today are home to one of the greatest biodiversity in the world. “You could almost compare them to the Amazon rainforest,” he says. The region is home to 6,500 brown bears, around 40% of the brown bear population in Europe, and at least 2,500 wolves. All of this was enough to woo Prince Charles, who owns two houses in Transylvania and regularly visits with a team of biologists. And apparently these biodiversity-rich meadows produce some really good honey, because that’s what Charlie – as it’s known to locals – serves at Buckingham Palace.

All this hilly and mountainous nature obviously appeals to outdoor enthusiasts. Best of all, no one can have fences on their property, which means there are miles and miles of unbroken trails.

The medieval center of this city, one of the most visited places in Romania, is still very well preserved, colorful and resplendent with Gothic, Baroque and Renaissance architecture. The Black Church (so called because it was damaged by fire) is Romania’s main Gothic edifice, but the city is less concerned with historical monuments than just feeling the life along the narrow streets, perhaps by hanging an outdoor table at one of the charming little restaurants. Bistro de l’Arte is a good place to try Romanian cuisine, with dishes like tomato salad with sheep cheese, potato dumplings with yogurt sauce and peppers stuffed with pork, rice and eggs.

Unlike the historic Brasov vibe all around, the new Schuster Boarding House, a small, modern hotel nestled in an Art Nouveau building with specific Viennese secession influences from the early 20th century. Some rooms are tucked away under sloping ceilings, with slanted windows and comfortable reading nooks, and the rooftop bar offers some of the city’s best 360-degree views.

More than once, Grigorescu pointed out that there were Orthodox, Lutheran, Unitarian churches (a religion born in Transylvania) and even a very occasional synagogue on the same street. The result is villages that feel different from each other, with different architecture, language, cuisines and more. Road signs are bilingual wherever more than 20% of the population is not of Romanian origin. Transylvania has inhabitants of more than a dozen distinct ethnicities (Romanians, Hungarians, Saxons / Germans, to name a few), who tended not to mix. The most misunderstood of these many ethnicities are the gypsies (the preferred word of the gypsy woman I spoke to). Beyond Dracula is one of the few travel companies that can organize a lunch and a very revealing conversation with a gypsy family.

A former European capital of culture, Sibiu is known for its Germanic architecture in the old town, a legacy of the 12th century Saxon settlers. The medieval walls and towers are very well preserved, and it is generally a fairly pleasant place to walk. A main attraction is the cast iron Bridge of Lies, so called because of the legends that surround it. The first is that the bridge will collapse as soon as someone lies while standing on it. Another concerns traders who tried to defraud their customers. My favorite is that he’s often been crossed by young lovers who made big promises to each other and then turned down when they turned out to be wrong. Disappointingly, everything is a translation error, as the original name was Liegenbrücke, German for “lying bridge”, but in the sense of lying, no betrayals.

Despite all of today’s cultural harmony, Transylvania has seen more than its fair share of battles and conquests. The land changed hands several times (it only became part of present-day Romania after WWII), and because of this, a curious architecture emerged, a hybrid of churches and castles. They are fascinating to visit: crossing bridges over the moat, noting the cannon brackets and holes that were used to pour boiling water on enemies, as you make your way to the church sanctuary .

The village of Biertan claims to have had only one divorce in 300 years. This is because couples with precarious relationships were sent to work things out in the “marital prison” in the fortified village church. There they spent six weeks together in a small room with a small bed with a pillow, a small table, and a fork and spoon but no knife. No word on how many people were stabbed with the fork.

Viscri was the first place I have been in years that has not somehow reminded me of another place. The pastel colors and rounded-square shapes of the houses in the village (including the adorable Viscri 125 guesthouse) were unlike any other place. The horse-drawn carts on the dirt roads and the open workshops of traditional craftsmen like blacksmiths make it a timeless place.

And yes, there is also Dracula. The city most closely associated with the legend is Sighisoara, where Vlad Tepes, also known as Vlad the Impaler, for his preferred method of killing enemies, was born in the 15th century. Son of Vlad Dracul, he inspired the main character of the novel. Apart from a plaque on one of the houses and a few souvenir shops, the town remains a charming place to stroll, surprisingly free from the touristy kitsch.

There are faster ways to get from Transylvania to Bucharest, but the Transfagarasan mountain road is by far the most impressive. Its series of hairpin turns, long S-curves and steep climbs and descents attract riders, drivers and motorcyclists from all over the world, including the guys at Top Gear. In my case, it also lived up to Transylvanian reputation for wildlife – five bears were hanging out at various places just off the road.